Retired Senior Sergeant Bob Barrett was the Club’s guest speaker on 12 August 2022. Two of his former colleagues saw the meeting advertised in the North Shore Times and came over to hear Bob’s talk. They would not have gone home disappointed.

Bob told about how as an enthusiastic young constable he made over 100 arrests in his first year and later earned the nickname “Basher Barrett.” He recalled how after a few years one of his superiors schemed to get him kicked out of the police only to be thwarted by a Magistrate from the Auckland Court saying he was glad Constable Barrett was cleaning up the cesspit that was the downtown area.

This year’s Midwinter Lunch at McHugh’s of Cheltenham. McHugh’s is a buffet restaurant with spectacular views of Rangitoto, North Head and the Waitemata Harbour. The bus will leave St John’s Hall, Te Atatu South (behind Read more… 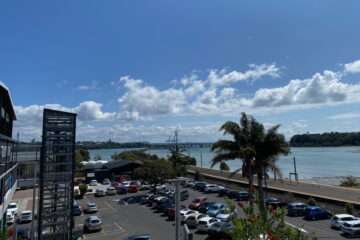 Ian Smith has organized a Gold Card Trip to Orakei Bay Village. The village, which has 25 shops and eateries, claims it is, “the best boutique shopping precinct this side of the city.” It sits Read more… 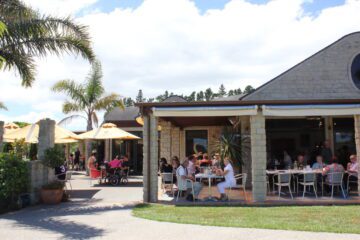 With all the uncertainty that currently exists as to when lockdown restrictions will end and what will then be allowed, we have made the decision not to make a room booking at Soljans Estate Winery Read more…